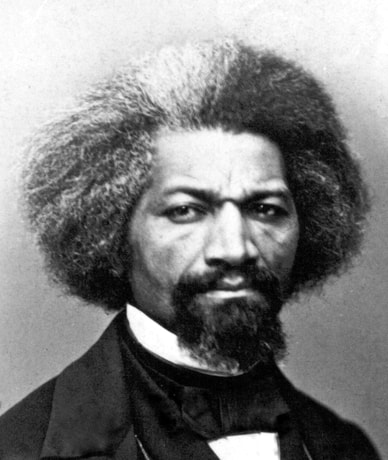 The Social Justice Book Group has finished with "Read Until You Understand" -- though it's likely to remain a part of the context of the group for many discussions to come.
Up next is the "Narrative of the Life of Frederick Douglass," the dramatic autobiography of the formerly enslaved man who came to be the leading voice of the abolitionist movement.
Senior Warden on ‘Christianity for the Rest of Us’

On Easter Sunday, I gave my Vestry Moment and presented to the Congregation a challenge. It was a challenge that Vestry voted on to have the Congregation read the book “Christianity for the Rest of Us.” On May 28th, I passed out copies to all who were present and urged them to read it. For the next few Sundays, I will be passing out copies to those who have not received one already. The books are paid for, and you do not have to pay for them.

Why are we doing this?

Several years ago, St. Paul’s was presented with an idea of the Doomsday Clock, that because of our aging Congregation that unless we changed some things that we would die. This image has been stuck in our heads ever since. Unfortunately, we have watched our Congregation continue to age with little change and dwindle away gradually.

This must stop!
​
This book, “Christianity for the Rest of Us,” is a study of mainline Protestant Churches (Episcopal, Lutheran, Presbyterian, Methodist, United Church of Christ, etc.) that were dying but were able to turn themselves around and THRIVE.

After reading this book, Vestry felt excited and energized! These Churches that were profiled in this book did not rely on rock music and the types of things that new non-denominational mega-churches rely on, but kept to what we, as Episcopalians, hold dear: our Liturgy, our values, our worship. However, while reading the book, the Churches that the author, Diana Butler Bass, held up to us did not do several things the way that we do. But I was energized several times while reading and thinking, “Yes, we do that, but maybe not as good as we can be.”

An example: Our Mission Statement that Vestry ratified at our February Retreat is that we should be “Radically Welcoming” (following the lead of Bishop Curry). Well, we do welcome new people to our Church, but do we extend that welcome to ALL people? How many are escorted to Coffee Hour? How many are addressed by name on the second time they come? How many are left out at Coffee Hour because every table has the same closed circle of friends that newcomers are uncomfortable to breach? How many are not welcomed because they have not been invited? How can we be better at our Welcoming?

Starting in June, we will be having a series of Coffee Hour discussions about this book and what it might imply for the future of St. Paul’s. The Vestry and I ask for your efforts to read this book and to give us your input. Together, we will search and find the ways that St. Paul’s will grow into the future.
​
Thank you,
David Lewis

“I don’t want to work for God like some kind of nice boss. ... I want to live with God, now and forever. Evangelism is joining God in whatever God is doing in the world.”
The Rev. Dr. Tricia Lyons
Memories of St. Paul's Past
St. Paul's Episcopal Church
425 Cleveland Avenue SW,  Canton, OH   44702  ​